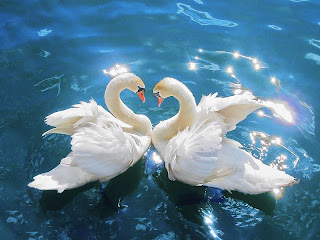 Sanskrit Mantra is one of the more direct ways for us to allow Presence to be revealed. The sounds of the syllables help the mind relax and let go. There are many sacred mantras and each one has a different quality to it. Some mantras focus on specific deities from the Hindu tradition, such as Shiva, Lakshmi, Ganesha and Durga, honoring the divine aspects of the individuals. These mantras are called saguna mantras, which means that they focus on a specific manifestation of the One. Nirguna mantras, on the other hand, are not individualized. The focus is on the One; not separated or manifested.

One of the oldest and more powerful nirguna mantras is “So Ham”, also called the Hamsa Meditation. Hamsa means “white swan” in Sanskrit, which symbolizes spiritual grace and purity. So Ham means “I Am That I Am’. The mantra gently brings one’s attention back to itself, and dissolves into pure Being. It holds both the question and the answer within it. This mantra predates Hinduism and Buddhism and some people believe that Buddha used this mantra for his own realization.

To do the Hamsa Meditation, as you inhale, breathe in “Ham” and as you exhale breathe out “So”. This is a silent meditation and the breath should also be as quiet as possible. You can also do the opposite breath; breathing in “So” and breathing out “Ham”. Experiment with the two versions to see which feels right for you in the moment. This repetitive cycle is said to balance the inner masculine and feminine qualities. As you breathe, keep your attention on the breath and the internal sound of the mantra. Notice the space between the mantra, the silence, and allow that to reveal Itself.

Many realized beings have expressed the power of breath to bring us into the present; the Presence. Adding a mantra, especially one which is very simple and true, has profound effects on our ability to rest and realize our true nature.